The 2018 Ig Nobel prizes: celebrating the eccentric side of science 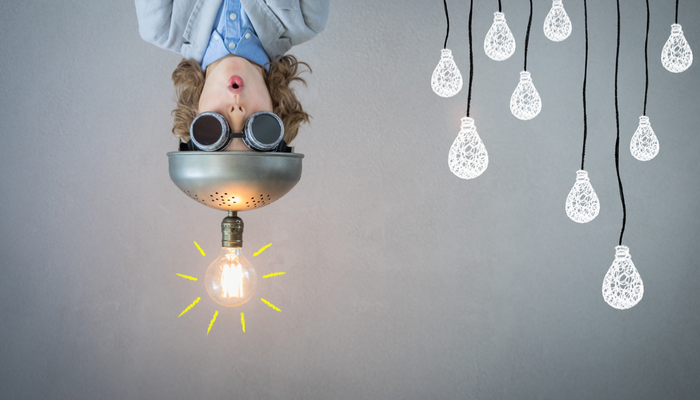 Nobel prize season is just behind us, which means the incredible work of the very best and brightest scientific minds has been duly celebrated. This year’s notable winners include Donna Strickland, who earned widespread media attention for becoming the first female winner of the Physics prize for 55 years. She shared half of the prize with Gérard Mourou for their ground-breaking work on pulse lasers back in the 80s, which paved the way for modern laser eye surgery techniques. These awards got us thinking about some other remarkable science that has been celebrated this year—remarkable for other reasons, perhaps…

You may have already heard of the Ig Nobel awards: a good-humoured parody of the Nobel Prizes which honour the most eccentric and intriguing contributions to science each year. Prizes are presented by genuine Nobel laureates in a delightfully daft ceremony designed to celebrate the funny side of science.

We’ve picked some of our favourites from this year below!

First you laugh, then you think

This year’s ceremony featured a mini-opera with Nobel laureates welcomed into the chorus, as well as the traditional ‘paper aeroplane deluge’ in which attendees were encouraged to join in the ‘thrill and intellectual romance’ of making and throwing paper aeroplanes across the auditorium. Several of the world’s experts were invited to explain their subject in the ‘24/7 lectures’—firstly a complete technical description in 24 seconds, and secondly a summary in 7 words.

And on top of this, there were the prizes themselves. They aim to celebrate science that ‘first makes people laugh, and then makes them think’. One physicist, Andre Geim, has proved that the greatest thinkers can also be great laughers: winning a Nobel for his seminal work on graphene, and an Ig Nobel for using magnetism to levitate a small frog! We have looked through the 2018 Ig Nobel prizes and chosen our favourites for you to enjoy!

A ticket to ride

If you’ve ever had a kidney stone, you’ll know how important it is to get the experience over with as soon as possible. Inspired by anecdotal reports of people passing stones quicker when bungee jumping or riding on roller coasters, the authors of this year’s Medicine prize decided to conduct a proper scientific investigation—at a Disneyland theme park.

With the aid of the Big Thunder Mountain Railroad in Florida, they learnt that patients can hope to pass their stones more quickly in a rear seating position on a roller coaster (front seating was much less effective, mind you). It may be worth giving this a go—if it doesn’t work, at least you’ll have been briefly distracted from your kidney stone-related discomfort!

A pin in the neck

Have you ever wondered how to deal with a difficult manager at work? If so, you’ll be pleased to hear that science has made progress on this score: this year’s Economics prize was awarded for investigating whether it is effective for employees to use Voodoo dolls to retaliate against difficult bosses.

They weren’t investigating whether the voodoo itself was effective of course, but instead whether using them helped alleviate pent-up stress. And indeed, they found that stabbing a voodoo doll could help restore the employees’ sense of fairness. However, the authors acknowledge that it is tricky to draw practical recommendations from their paper. Would your boss be more obliging if the office was full of staff holding voodoo dolls and drawing pins?

If you’ve visited chimpanzees in the zoo, you’ll perhaps realise how tempting it can be to mimic their wild energy. But if you ever find yourself copying a chimp's moves, perhaps you should consider that someone might be analysing the accuracy of your impression. This year’s Anthropology prize went to a team who collected evidence in a zoo that chimpanzees imitate humans about as often, and about as well, as humans imitate chimpanzees.

The researchers must have had a bit of fun collecting this data. However, true to the Ig Nobel's theme of ‘laugh then think’, there is genuine benefit to the work. Imitation is a key element of human social development. It was previously assumed that chimpanzees were not advanced enough for imitation games, but this study has shed new light on the matter. The people most likely to impersonate chimpanzees were subadult males and toddlers—we’ll let you draw your own conclusions from this!

Most of us have at some time or another been guilty of getting a little irritated with our fellow drivers. After all, it’s a well-known fact that if you shout at a vehicle for long enough it goes away, right? This year’s Peace prize suggests this might not be the case. The prize was awarded for measuring the frequency, motivation and effects of shouting and cursing while driving an automobile.

Though it may come as a surprise to many drivers, shouting and cursing, it turns out, did not make traffic improve, but did result in a higher risk of accidents. The authors might not have studied the effect of all possible curses, but it's still looking like road rage is not a good idea. I think I’ll stick to my bike for now!

You are what you eat

You might think human cannibalism is better suited to a horror movie than a research laboratory, but aren’t you just a little bit curious about how your calorific content compares to a mammoth, bison or horse? This year’s Nutrition Prize was awarded for calculating that the calorific intake from a cannibalistic diet is significantly lower than most traditional and pre-historic meat-based diets.

You will be relieved to hear that the research was not too hands-on: calculations were based on a nutritional template providing a proxy calorie value for the human body. The authors suggest that episodes of Palaeolithic cannibalism were more socially or culturally motivated, as the nutritional benefit is poor. Well, we all knew cannibalism was morally dubious, but it’s nice to hear it’s also inefficient!

These were our top five awards from the event, but there was much more amusing science celebrated—from demonstrating that human saliva is good at cleaning gilded surfaces, to using postage stamps to test whether certain organs are functioning properly.

Want to keep up to date with more great stories from the life science industry? Then why not subscribe to our monthly newsletter?